To accelerate your journey to becoming an influencer, an important step is to learn the characteristics of successful influencers. What characteristics do they have in common? How do they make decisions about what activities to undertake and determine how to reach those they want to influence? What motivates their behaviors?

You need look no further to obtain this information than to consider the lives of two global influencers: M R Rangaswami and Chris Haroun. 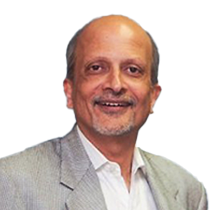 Immigrating from India to the US decades ago to study for his MBA, Rangaswami became a globally recognized business expert, a community builder and a philanthropist. He is dedicated to solving the world’s biggest problems through innovation and community building.

In a podcast interview where he was asked for his advice about business strategies, Rangaswami responded, “Have a greater purpose in whatever you do.” He elaborated on that advice in a YouTube video about his life. “Think through any decision you make in life. Are you making an impact on society?”

Rangaswami’s reputation as a venture capitalist, investing in software start-ups and entrepreneurs in the early years of Silicon Valley, is legendary. He co-founded in 1997 the Sand Hill Group, one of the earliest “angel” investment firms; it also publishes free advice in articles on SandHill.com and funds research into technology and business model trends that impact the software business. Through the Sand Hill Group, he united the communities of software executives, entrepreneurs and investors; his community-building activities were featured in a front-page article of The Wall Street Journal.

In 2008, he founded the Corporate Eco Forum, a collaborative community for accountability of multinational Global 500 companies from 18 industries. These companies demonstrate serious business-strategy commitment and innovation for sustaining the environment through climate change.

He then founded Indiaspora in 2012, a nonprofit organization to unite Indian Americans to help them transform their individual successes into a greater influence and meaningful impact globally. Indiaspora hosted the first-ever American Inaugural Ball (for the second inaugural of President Obama).

He is also known for his philanthropic work with children’s foundations and organizations that help children learn to read.

He certainly demonstrates his advice to make an impact on society. Some of the significance of his influence throughout the world is noted in awards and honors including the “Influential Leaders” award (2015 from the Association to Advance Collegiate Schools of Business) and being listed in the Top 25 Most Influential Technology Executives (1997). He was also honored in 2016 with a “Lifetime Achievement” award from the US-China Educational Trust at the Asians in America Awards dinner in Washington, D.C.

Speaking at the awards dinner, he advised the importance of giving back to society. He stated that giving back is “the most gratifying phase of life” and wishes he had started it earlier. He also emphasized an important aspect of giving – “give without expecting anything back.” 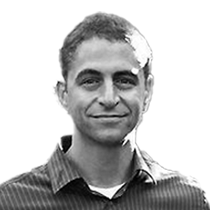 Like Rangaswami, Chris Haroun strongly believes in the importance of bringing together disparate communities with common interests. He veers from Rangaswami’s focus on innovation for solving problems and believes, instead, that all problems can be solved through education.

He is the founder and CEO of Haroun Education Ventures, an award-winning business school professor. He is the author of “101 Crucial Lessons They Don’t Teach You in Business Schools,” highly touted by Business Insider as “the most popular book of 2016” and touted by Forbes as “1 of 6 books that all entrepreneurs must read right now.” He is also the author of the #1 best-selling online business course (“An Entire MBA in 1 Course”).

Haroun has a strong interest in bringing children out of poverty and providing opportunities for women. Having lived through bigotry while growing up (his mother is white, his father is Egyptian), he also believes in the importance of education as a tool to fight prejudice.

He states the biggest mistake he ever made was to go to work on Wall Street. “I went after money. When you do this, you lose your dreams and happiness.”

Today, he focuses on giving, intertwining it with providing access to education, and says he wants to help more people get the education they deserve. In addition to the books he writes, he now creates online courses at low cost (such as his MBA in a Day course and, last month, a free online class, “The New Blueprint For Achieving Career Success in 2021”) and free weekly YouTube live webcasts where viewers can ask questions and get answers. Hundreds of thousands of people around the world receive education through the 30+ courses he creates and gives at low or no cost.

He discusses the notion of giving in his 2016 book on “Networking To Get Customers, A Job Or Anything You Want” (which is free). “You will never get anything in life unless you ask,” says Haroun. “But in order to receive, you need to give from your heart.” In his case, he says he just “wanted to help” people and helping others “always came back.”

Haroun’s advice for becoming an influencer and achieving dreams: “Give and you will receive in the long run. I promise.”