Have you ever wondered what led an influential person to become someone who influences others? What inspired that person in the beginning? What keeps driving the influencer now? For many, that inspiration and drive come from what they learned from their mothers. In celebration of Mother’s Day in May, we highlight five famous influencers who often talk about the influence and guidance of their mothers on their lives. 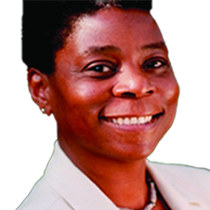 She was the CEO of Xerox and, as such, holds the honor of being the first African-American woman to be the CEO of a Fortune 500 company. She led the company during its transition from manufacturing and near bankruptcy to being a leading global business services provider. She also served on the boards of leading global companies including Exxon Mobile, Uber and VEON (the world’s ninth largest mobile network operator).

President Obama chose her to help lead the national program on STEM (Science, Technology, Engineering, and Mathematics) education, a coalition of 1,000 technology organizations. She later became the founding director of Change the Equation, a nonprofit organization boosting STEM education. She also was a member of the President’s Export Council, advising Obama on methods to promote growth of American exports.

In a New York Times article, Burns said her strongest influence was “150% my mother.” In business and life decisions, she follows wisdom spoken often by her mother, Olga. Olga’s advice was to “give more than you take away from the world” and to “leave any place you are a little bit better than you came in.” 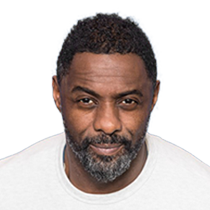 Idris Elba is a British actor who was born and grew up in East London, although his mother was from Ghana and his father from Sierra Leone. As an actor, he is a superstar, and Queen Elizabeth awarded him with the Most Excellent Order of the British Empire in 2016. People magazine named him in 2018 as the sexiest man alive, and he is well known for his charisma.

But in Hollywood and in Britain, he is uniquely known for his influence in advocating diversity in producing movies and TV shows, in front of and behind the cameras. In a speech to the British Parliament prior to a TV channel’s decision-making meeting on diversity, he explained that diversity is not just about skin color, gender, age, disability or sexual orientation.

He influences people to think about diversity as “diversity in thought.” He advocates the need to stop putting people in stereotypical boxes and, instead, to change one’s mindset and embrace diversity. It is the most important thing to do, he says, because movies and TV shows shape our world.

His mother, Eve Elba, influenced him all his life about her homeland, Ghana, and a tattoo on his right hand displays a black star depicted in Ghana’s flag. Eve’s influence is at the roots of some of his diversity mindset but also is strong in several of his acting accolades. Notably, he successfully influenced several directors to film Western movies in Africa. 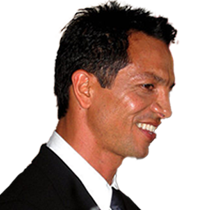 Benjamin Bratt is best known for acting roles in TV’s “Law & Order,” “Private Practice” and Modern Family,” as well as movies including “Miss Congeniality,” “The Infiltrator” and “Traffic.” But he is most proud of his roles in films that touch on Native American issues because he has a Latino and Indigenous American heritage.

He portrayed a Tlicho Indian in the film, “The Lesser Blessed,” narrated Native American history in a PBS mini-series, “We Shall Remain” and was a star in “Red Planet.” His interests in supporting the fight for racial and social justice also extended to a documentary film, “Dolores,” telling the life story of the co-founder of the first American farmworkers union.

Bratt’s mother, who was born into a Peruvian Quechua ethnic group, moved to the US at age 14 and soon became a Native American activist. After her divorce, Bratt recalls his mother, Eldy Bratt, taking him and his four siblings from San Francisco to help take over the vacant Alcatraz prison in 1969 to establish it as an Indian reservation after fire destroyed the city’s American Indian Center. He was in second grade at the time. The reservation only lasted 19 months but continued afterwards at her home in San Francisco while he grew up.

His mother’s sympathy toward Native Americans’ needs continues to influence Bratt’s endeavors today. In addition to his acting roles, Bratt is involved in several charitable organizations that raise funds for healthcare and education for Native American Indians. He is also a strong supporter and board member of San Francisco Bay Area’s Friendship House Association of American Indians and Native American Health Center.

Global Citizen is a New York-based organization focusing on social change and ending extreme poverty. At its festival in 2016, Bratt shared his thoughts about how to influence a better future. He said, “Together we can stop the violence. Only love can do that and that’s what it’s time for all of us to do.” 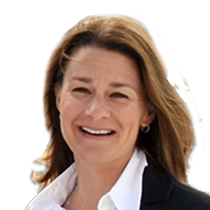 Melinda Gates is co-founder and co-chair of the Bill & Melinda Gates Foundation, but those philanthropic endeavors are not her main area of influence. Forbes, well known for its annual lists ranking people as to various factors, consistently ranks her as one of the world’s most powerful women. She is a strong advocate for women’s equality.

In 2016, she began encouraging more women to enter the computing field and encouraged companies (especially technology firms) to embrace diversity. In 2019, she published her first book, “The Moment of Lift: How Empowering Women Changes the World.” A year later, she started a company called Pivotal Ventures to address pay inequality and support US women business founders.

Gates says she values questioning society’s expectations of women. She says that questioning expectations is the way to “role model something new.” She learned that from her mother, Elaine Agnes Amerland, who made sure the two of them spent time talking together daily over glasses of iced tea after school.

She recalls – and says she still carries in her heart – her mother’s advice about her big dreams. The advice? “If you don’t set your own agenda, someone else will.” That advice influences how Gates navigates unexpected events and situations where she lacks experience. At such times, she also remembers what her mother demonstrated daily. She wrote, “I did exactly what my mother taught me to do: I listened.”

In 2017, she was awarded the Otto Hahn Peace Medal 2016 from the United Nations Association of Germany for her “outstanding services to peace and international understanding.” 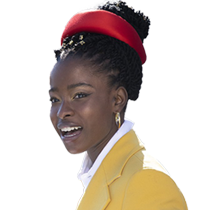 Amanda Gorman, age 23, is a poet whose stirring performance of her poem, “The Hill We Climb” at President Biden’s inauguration caught the attention of millions of people around the world. Overnight, her soon-to-be-published books became bestsellers. She later became the first poet to perform at the Super Bowl. Yet, she was born with a speech impediment.

Gorman credits her single mom, Joan Wicks, with influencing her life’s pathway. Wicks is a sixth-grade English teacher in the Watts neighborhood of Los Angeles. Gorman says she grew up with an “up-close and personal view of how literacy influences” young people.

Gorman’s mother encouraged her to chase her dreams. Her mother enrolled her and her twin sister at age 14 in a Los Angeles nonprofit writing workshop to encourage creative expression, and Gorman also attended free poetry workshops. Support from these organizations was pivotal in helping her become a published writer.

She is a strong proponent for the value of pursuing education. She leads her life, she says, by the principles she was taught by her mother in conversations at home as well as during her university studies. She takes “very seriously” the principles of respect, educate, advocate and lead. Gorman says her mother inspires her every day to seek higher education not only for herself but also for others around her because education is a pathway to break a cycle.

Photo credit for Bill Gates image: The Times of India, CC BY 3.0 <https://creativecommons.org/licenses/by/3.0>, via Wikimedia Commons