Cultures place a lot of importance on the influence of various men and the way they changed our world. For instance, we often refer to America’s founding fathers and Europe’s church fathers. And many people are known as “father figures.” In honor of Father’s Day this month, we highlight six influential people who talk often about how they were influenced by their fathers. 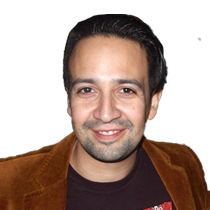 Lin-Manuel Miranda is a composer and actor best known for his musical “Hamilton,” nominated for a record 16 Tony Awards, as well as films such as “Star Wars: The Rise of Skywalker,” “Mary Poppins Returns” and TV show “DuckTales.”

Lin’s father is a political consultant. After he and his wife immigrated from Puerto Rico to New York City in 1971, he started working with other parents in their neighborhood to gain consciousness of the immigrant population. After his community endeavors, he became the special advisor on Hispanic Affairs for New York’s then-Mayor, Ed Koch. Later, he founded the non-profit organization, Hispanic Federation.

While growing up, Lin participated in many activities and meetings his parents attended to help improve the situations of people less fortunate. Lin credits his father as the inspiration between “Hamilton” and “In the Heights.”

During a PEOPLE interview, he talked about his father’s influence on his life, saying his parents did a great job at something that is hard to do: instilling empathy. “You can’t do anything, you can’t aspire to anything unless you can put yourself in someone else’s shoes and understand where they’re coming from and how they see the world,” he said. 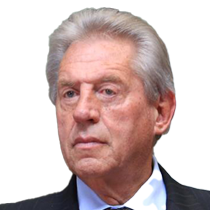 John C. Maxwell is an American author (three of his books sold more than one million copies each), speaker, and coach to international government leaders, the US Military Academy at West Point, the National Football League, the United Nations, and Fortune 500 companies. He is the founder of EQUIP, an international leadership development organization working to help leaders from more than 80 nations. Inc. Magazine in 2014 named him the No. 1 leadership and management expert in the world.

He says that as his children were growing up, he learned that he needed to reset his thinking and constantly adjust how he approaches life. This led to thinking deeper and become more inclusive, which resulted in larger, more significant dreams for other people.

He learned this from his own father’s influence. In a blog post, he wrote, “That’s what my dad did for me – he dreamed big dreams on my behalf and then loaned me his belief to chase dreams of my own.” He added that the biggest gift of a father is “to pour into others what is valuable and good and helpful and challenge them to repeat the process with others.” 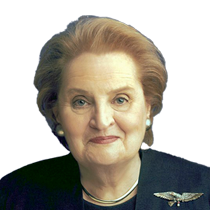 Madeleine Albright immigrated to the US in 1948 from Prague, Czechoslovakia. In 1993, she became the US Ambassador to the United Nations and then in 1997 became the first female US Secretary of State.

Her father, Josef Korbel, was a Czech diplomat whose parents were killed in the Holocaust. After the Nazi invasion in 1939, he and his wife and Madeleine (then a baby) moved to London. A firm believer in democracy, he gave speeches for the BBC’s broadcasts to Czechoslovakia and Yugoslavia. When the Communist Party rose to power in Czechoslovakia, he received asylum in the US and a grant from the Rockefeller Foundation to each international politics at the University of Denver.

In talking about her father’s influence on her life, Albright wrote, “My father’s motto was ‘always be true to yourself,’ and I think he was talking about his identity as a Czech and a humanist and as someone who was true to the values he had grown up with, which were about being a patriot, and understanding the importance of democracy and the value of the individual.”

Albright referred to the U.S. as “the indispensable country” and, while serving as US Ambassador and as US Secretary of State, she tried to make it live up to her father’s idea of the US as a force for good in the world. 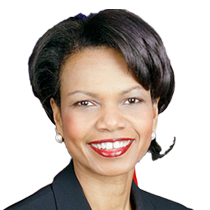 Condoleezza Rice was the first African-American US Secretary of State (2005-2009) and the first woman to serve as US National Security Advisor (2001-2005). She was listed four times on Time magazine’s “Time 100,” focusing on people whose influence is enduring. Forbes magazine ranked her as the most powerful woman in the world in 2004 and 2005.

John Rice, her father, was a Presbyterian minister, a high school guidance counselor, and the dean of Stillman College. He was committed to education and says her parents expected her to take on any educational opportunity that arose.

Rice said in an NPR interview that she was taught that education is “a kind of armor against racism. If you were well-educated and you spoke well, then there was only so much ‘they’ could do to you.” Despite growing up in the segregation of the 1960s, she remembers her parents were not beaten down by it or particularly bitter about it. Instead, they taught her to believe that “you may not be able to control circumstances, but you could control how you reacted to your circumstances.

Besides her father’s influence, Rice credits her mentor at the University of Denver – Madeleine Albright’s father, Josef Korbel – as being a central figure in her life and a great influence on her ideas and outlook. She planned a career in music, but Korbel inspired her to go in new directions and influenced her to shift to international relations instead. Rice agreed with Korbel’s belief that all people deserve access to American-style freedom, and she did so by pursuing public service. 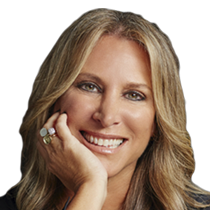 Shelley Zalis is the founder and CEO of The Female Quotient. Her goal is to influence leaders across industries to collaborate on how to advance equality for women. She also launched The Girls’ Lounge to mentor women to work together to transform corporate culture for today and future generations of women.

She began her actions to change the game for women and leaders when she launched OTX (Online Testing Exchange), an online research company in 2000. The launch resulted in her being the first female chief executive ranked in the research industry’s top 25. Nine years later, it was one of the fastest-growing and largest research companies in the world. She sold it to Ipsos in 2010.

Her father is the person who influenced her to take the risk of launching OTX. She says he wanted to give her the money to start the company, but she refused, recognizing that taking the risk was important. “It was my father who always taught me to take risks, which helped me become a successful entrepreneur,” Zalis said in a Forbes article.

She wrote that one of the most important lessons her father taught her was to “always believe in myself because others won’t believe in you if you don’t first believe in yourself.” 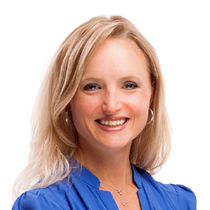 Jenni Catron is an author, speaker, and leadership expert. She is the founder and CEO of The 4Sight Group and author of “The 4 Dimensions of Extraordinary Leadership.”

Catron believes each person is “specifically designed to impact the world in a way that no one else can.” She encourages people to discover their calling and their God-given influence.

When it comes to leading and influencing others, she says her father is the most consistent, patient, and committed leader she knows. “My dad was the first leader who impacted my life and still impacts it every single day.”

Catron says the behavior her father displayed for her most consistently was hope.  “Dad always believes there is something better and doesn’t let the negative stuff get him down.”